Foundation 221, Inc. is a humanitarian not- for -profit  organization dedicated to working with women, children, and vulnerable families. The organization was created in 2014 in Detroit, Michigan and has been since providing help and relief to needy people. 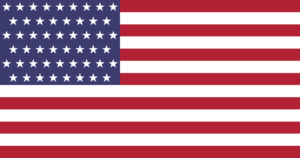 Moussa Niang is the founding president of Foundation 221. He has served as the VP of Operations for the National Black MBA Association, Detroit Chapter. He was also the Director of Community Service and Development for the chapter where he has launched several initiatives that aimed either to provide relief to the community, bring awareness, grow, or develop the community. He is active in Detroit’s revitalization effort, having participated in the Brightmoor Task force team mandated to restore Brightmoor to a vibrant African-Caribbean town. Moussa has implemented several youth leadership initiatives.

In September 2018, Moussa served as the Co-chair of the National Black MBA annual conference in Detroit that hosted more than 10,000 professionals and students nationwide.

Moussa is also the Chairman & Treasurer of Muslim Center Detroit. In 2018, through Foundation 221 and its strategic partners, Mr. Niang has injected more than $4million worth of medical equipment and supplies into the Senegalese medical system.

He is in Global Purchasing at Ford Motor Company where he managed an annual turnover of over 2 billion USD. Niang has been recognized as the 2017 MBA of the year by the NBMBAA – Detroit and was selected by DBusiness Magazine for their “30 in Their Thirties”. Moussa is a Detroit Young Professionals Vanguard Award recipient and 2018 Michigan Chronicle 40 under 40. In February 2019, Moussa was also the recipient of the African & African American Achievement Award by the International Institute of Metro Detroit. In November 2019, he was the recipientof the world medical relief 2019 ambassador of the year.

Moussa holds a Bachelors in Financial Engineering and a Bachelor of Science in Accounting from Paul Quinn College in Dallas, TX. He also has a MBA in Strategic Leadership, a graduate certificate in Conflict Management & Resolution and several other certifications.

Ayesha Mahdi was born and raised in St. Louis, Missouri. Ayesha recognized her passion for giving through volunteering, while service learning in Senegal, West Africa, at the young age of fifteen.

She has a bachelor’s of science degree in Business Management with a concentration in International Business. She’s currently working on her masters in Integrated Global Communication with a minor in French.

Ayesha Mahdi is affiliated with the African Heritage Youth Organization and has been since the age of six. She has a love for traveling and learning new cultures. She has traveled to thirteen different countries and has written three published books on her experiences from traveling. Ayesha Mahdi is an author/co-author of the books; “Come with me to Egypt”, “Come with me to Puerto Rico”, and “Come with us to Senegal”.

As Director of Community Outreach for Foundation 221 Inc., Ayesha looks forward to successfully contributing to the well-being of people in Senegal, West Africa.  Ayesha Mahdi currently resides in Georgia.

Seeneen Meroueh was born and raised in Detroit, Michigan. Her father is from Dakar, Senegal.

Through visits and volunteering programs in Senegal, she has found a special place in her heart for it.

Seeneen currently attends Wayne State University and is working on her Bachelor’s degree in Nutrition.

She is affiliated with the Athletic Angels Foundation, four different medical volunteering programs in Dakar, the Muslim Center Detroit Soup Kitchen and with other humanitarian programs.

Being the Marketing and Communication Outreach for Foundation 221 Inc., Seeneen will continue to expand our team and help publicize the way others can help. 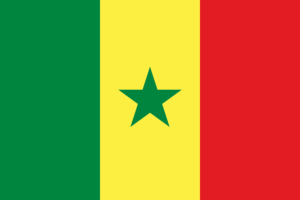 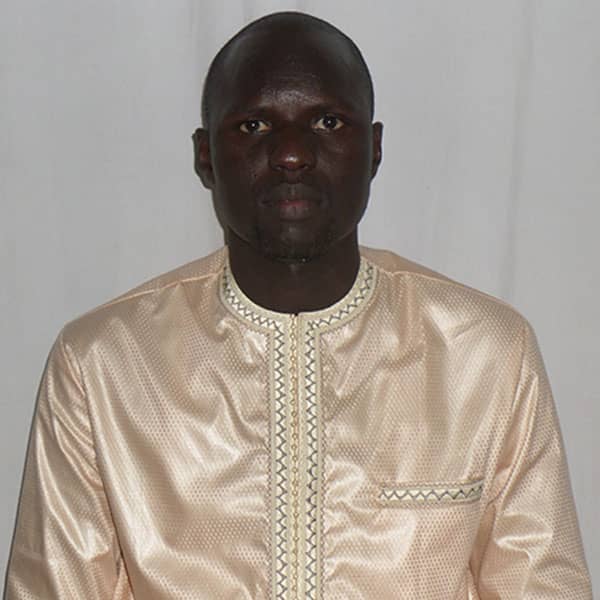 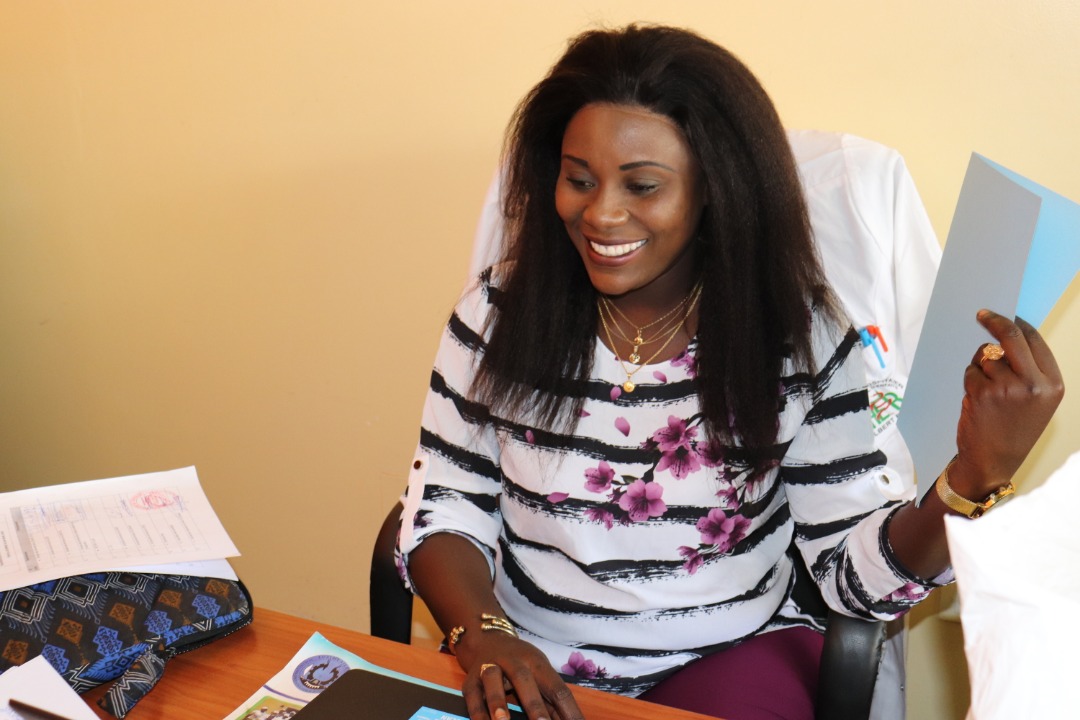 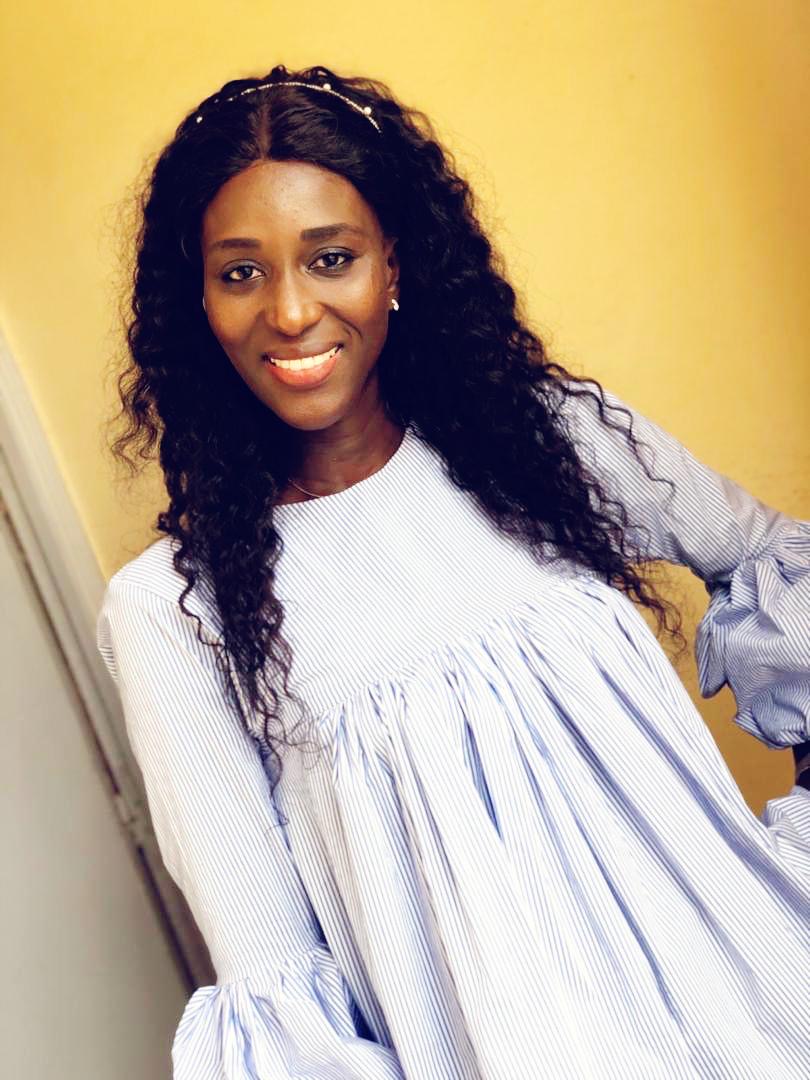 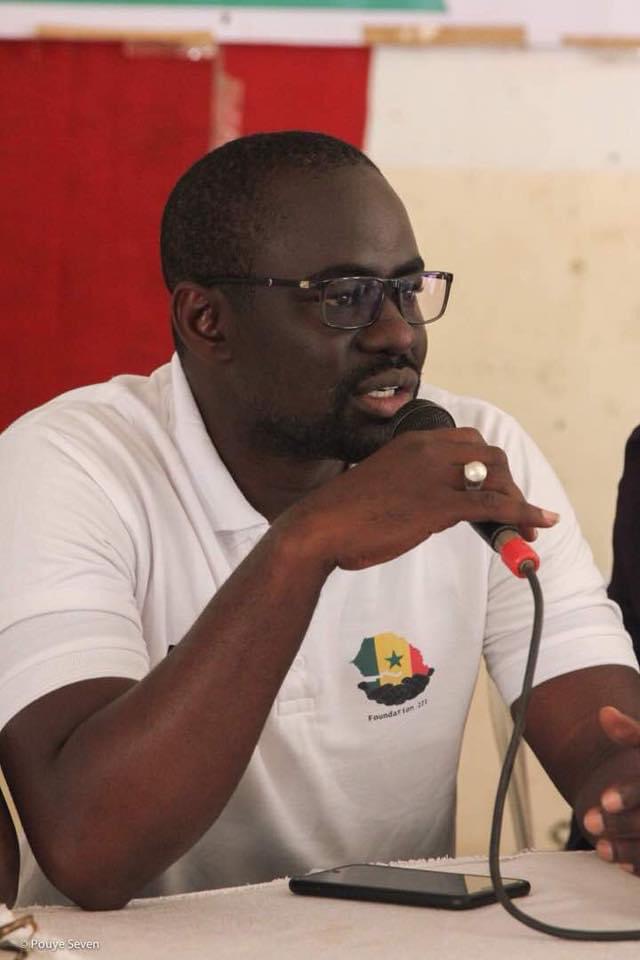 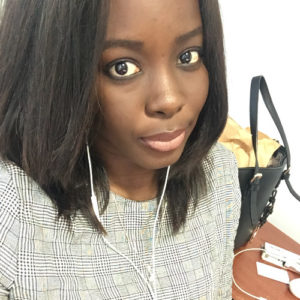 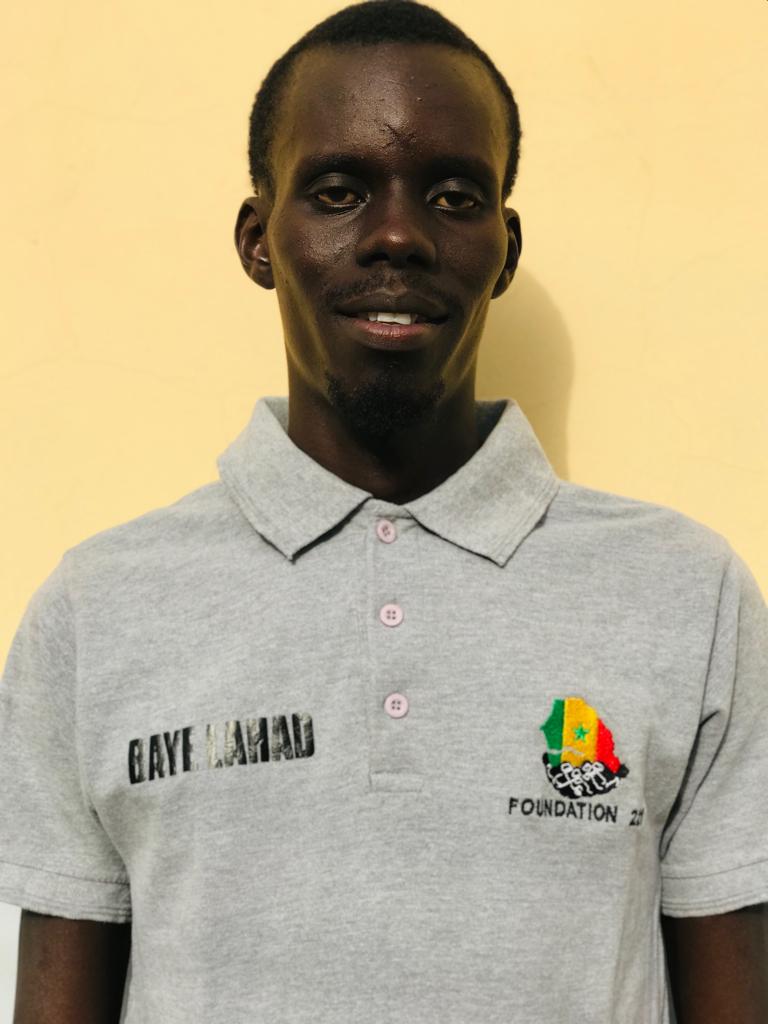 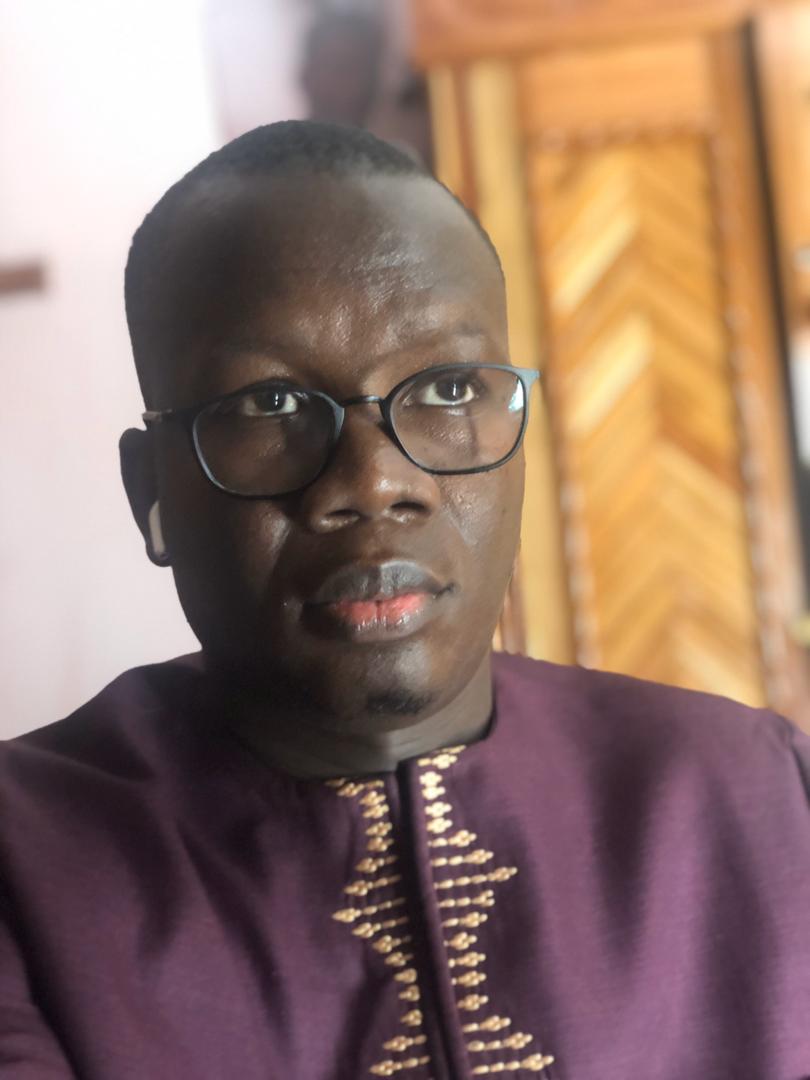 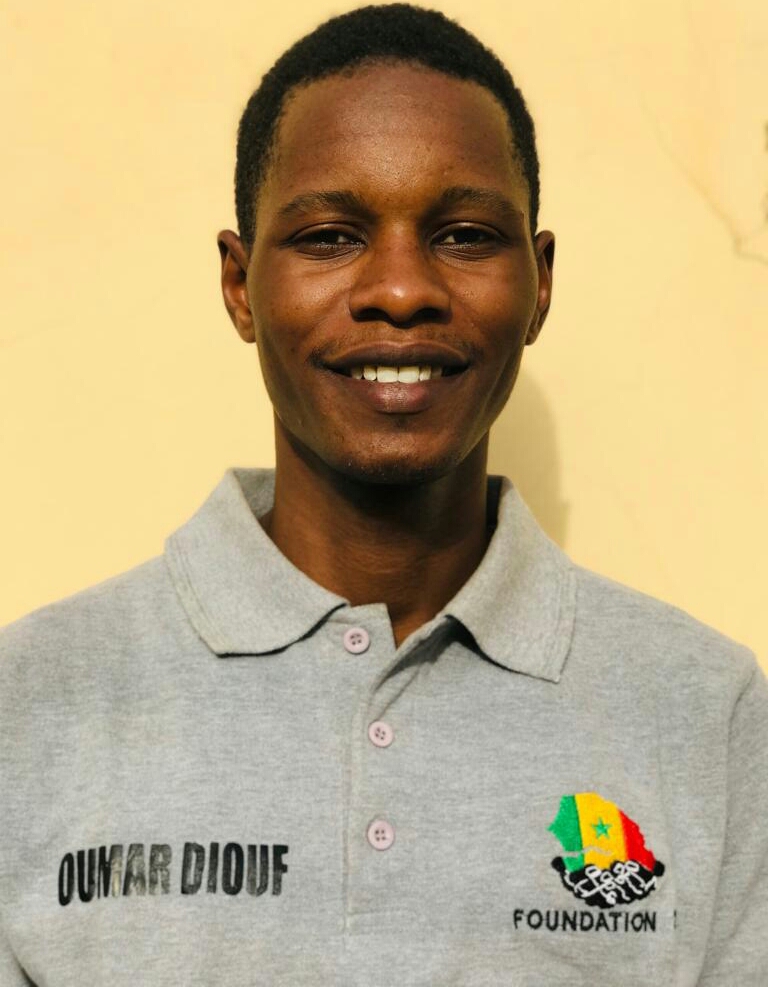 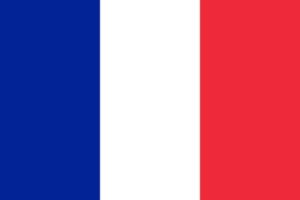 To Abdou, there is a whole lot more to day to day life than we realize, he believes that life is all about maintaining a healthy balance in all of our ventures. It is important for him to be resourceful, proactive, and adaptable to make the world a more sustainable place for everyone by making productive contributions to society through knowledge, skills, and commitment. He envisions a world where growth synchronizes with sustainability.

Abdou graduated from Montpellier Business School with a Master in Sales Negotiation and International Business. He is a Sales Engineer and works for United Parcel Services (UPS) since 2017.

By creating & launching the French branch of foundation 221 in 2019, Abdou makes himself an asset in the development of partnership. He uses his strategic and deliberate methods to enhance the quality of the foundation.

Mame Diarra Diop is one of our young leaders who are essential to our organization. Her social commitment made her join our mouvement since the beginning. Acting as an ambassador for Foundation 221, she sets clear goals to raise awareness about the precarious situation in certain African communities, and encourage young volunteers like her to be leaders in their communities. In her mind being a volunteer is to show courage and have a heart to give.
She holds a Bachelor degree in Law and Economic Business from Montpellier University and has graduated with a Masters degree in Management and Retail Strategy
Currently working at one of Lidl French regional headquarters as a junior regional supply manager, she is one of our Chief Projects and is in charge of the treasury of our french branch.
Her foreign language skills have made her a major asset to the team. Indeed she is polyglotte, she is fluent in French, English, Spanish and Portuguese.

Be part of the foundation